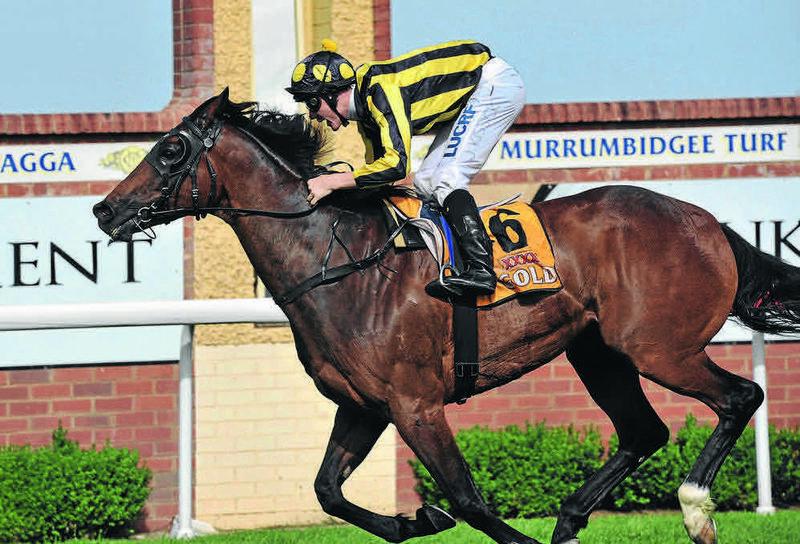 WAGGA trainer Todd Smart enjoyed the biggest win of his fledging career as Art Thou Ready stormed to victory in the $20,000 Stan Sadleir Stakes (1200m) at Murrumbidgee Turf Club on Thursday.

Smart teamed up with talented Wagga jockey John Kissick and Art Thou Ready did the rest as he produced a barnstorming finish down the centre of the track to claim the Natural Health N Healing Centre 2014 Stan Sadleir Stakes.

Smart took out his trainer’s licence in May and had just 11 starters before breaking through for his first feature race victory in front of very happy connections.

Gundagai owner David Tout praised Smart for reviving his interest in racing and declared Art Thou Ready’s victory as “special” as he shared the win with fellow owners and best mates, Martin Hay and Greg Hindmarsh.

Smart entered the race full of confidence and was excited to capture such a race so early in his training career.

“It’s so good for David (Tout) because he’s in Reka Outlaw too.

“I wanted to do well around here as well as get some city class horses and this horse looks like he’ll go to the city.

Art Thou Ready started $21 on course and scored by 2¼ lengths from $2.05 favourite Bay Of Biscay with the unlucky Miss Bemuse ($13.00) a close third.”I’ll let the dust settle first because this is unreal.”

The six-year-old was with John O’Shea through the early days of it’s career and was transferred to Smart recently.

He produced a cracking first-up run at Gundagai last Friday.

Smart is not a big believer in backing horses up but could not resist starting Art Thou Ready at Wagga just six days later.

“He just did too well.

“I think he’s one of those horses if you let go too much then he gets over the top.

“We’ll give him two weeks now.”

Smart is eyeing off next month’s Ted Ryder Cup (1600m) at Wagga with Art Thou Ready.

He will consider a metropolitan start in a fortnight now instead of the Ted Ryder Cup Prelude.