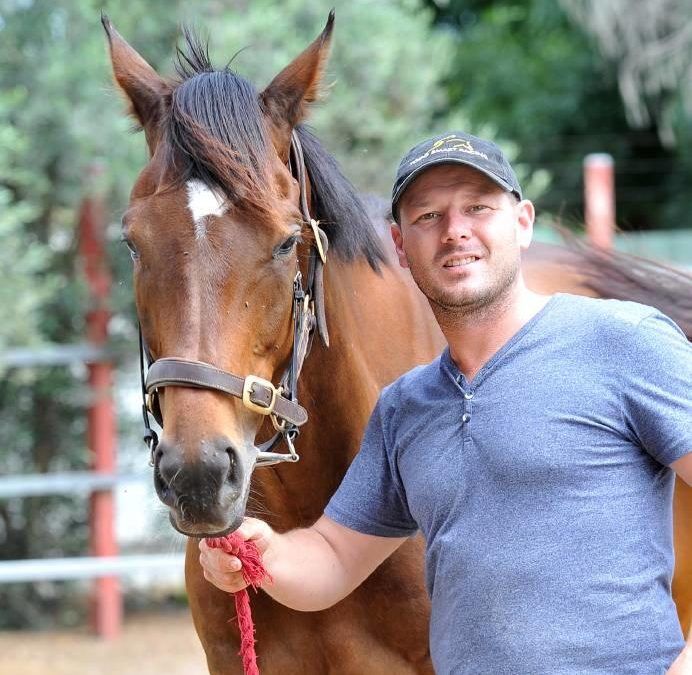 It’s not only Melbourne Cup-winning horses coming out of Lloyd Williams’ stables, but trainers with a thirst for the world’s greatest staying race.

Canberra trainer Todd Smart spent two years working as a foreman for Williams, who won his fifth Cup as an owner when Almandin won the $6.2 million race on Tuesday.

He’s caught the Melbourne Cup bug off the record-breaking owner and dreams of one day training a Cup winner himself.

Smart joined Williams’ team in 2013, when Fawkner saluted in the Caulfield Cup, and then went out on his own.

He said Williams’ sole focus was on winning the Melbourne Cup and it was his attention to detail that allowed him to keep producing chances in the race that stops a nation.

Smart said he not only learnt about horses, but also about business – labelling Williams as “one of the best businessmen in the world”.

“All horses are vying for one race, he buys them for one race and obviously the other ones are a bonus along the way,” he said of Williams’ horses.

“It’s attention to detail … he just knows how to get a horse ready for that first Tuesday in November.

“He’s got it so down pat, down to the minute for those horses going into that race and that’s where his business sense comes in – because it runs like clockwork and he has the horses ready to go for that race every year.”

He started out in John O’Shea’s stable in Sydney, before moving to Melbourne to work with Colin Little.

Then Smart spent two years working at Williams’ Macedon Lodge on the outskirts of Melbourne before the kid from Gundagai decided to branch out on his own and return to his neck of the woods.

He set up shop in Wagga Wagga, before shifting his operation to Canberra this year so he could try to get better horses and target better races – one of which is the Melbourne Cup.

“I came to Canberra because I want to progress and get better horses and better clients,” Smart said.

“That’s why I moved to Canberra, just to better myself. It’s just a progression from Sydney, Melbourne, Macedon, Wagga to Canberra.

“It’s just a journey to where I want to be as a trainer and the class of horse I want to train.”

While with Williams he worked with head trainer Robert Hickmott, as well as Lee Freedman, who was the director of racing.

Smart said he’d caught the Cup bug from Williams and had developed a keen interest in training stayers.

“Yeah mate, 100 per cent. I love training stayers. I’ve always had that sort of bug … since being up there I wanted to be a stayer trainer, I wanted to win the Melbourne Cup,” he said.

“I went to the sales this year and bought a High Chaparral filly just because of the fact I want to get her going.

“He definitely gave me the bug to be a stayer trainer and win the Caulfield or Melbourne Cup.”