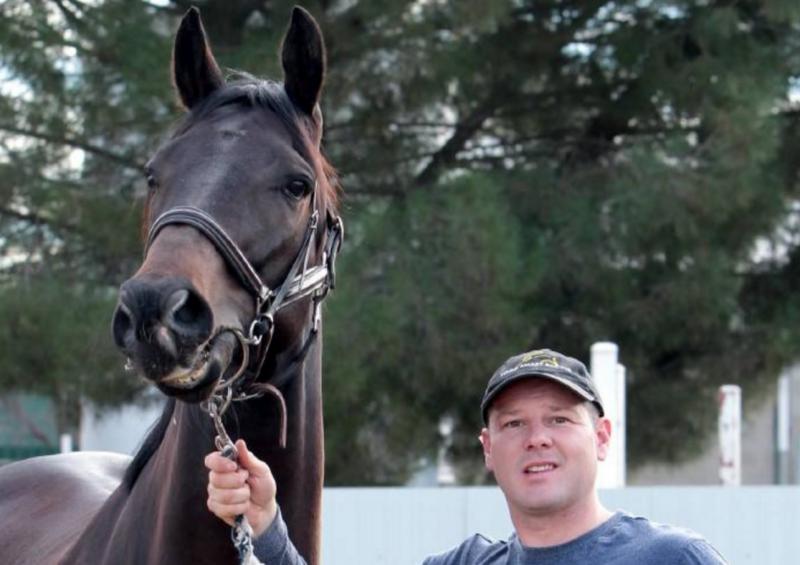 By Matt Malone – The Daily Advertiser

WAGGA trainer Todd Smart believes he can kick off Friday’s race meeting at Murrumbidgee Turf Club with a winner.

If the rain holds off and the Wagga meeting goes ahead as scheduled, Smart is confident he has three live chances on the eight-race card.

Smart will be represented by Kah Salute, Attainment and Decisive Moment.

Smart is confident Kah Salute can get his day off to a winning start in the Rock At The Races Maiden Handicap (1200m).

“He always seems to draw wide but he’s ready to go.”

A three-year-old Kaphero gelding, Kah Salute ran second at Canberra on debut before following that up with a fifth placing last Friday.

“The second run was only okay,” Smart said.

“He knocked up. I haven’t been able to put much work into him with the weather, that’s why we ran him over 1000m again and that’s why he’s racing Friday to Friday. He’s had the run to wind up and now he’s ready to go.

Smart has accepted with Attainment in both the Slater & Gordon Lawyers Benchmark 75 Handicap (1400m) and the Royans Wagga Class Two Handicap (1300m).

Smart is also considering another metropolitan crack with Attainment an acceptor in the $40,000 TAB Highway Handicap (1250m) at Canterbury on Saturday.

“We’ve got Brenton Avdulla on in Sydney if we choose to go that way,” Smart said.

“I’m leaning towards the Class Two (at Wagga), I just don’t want to get halfway through (Friday’s meeting) and then lose the meeting. If we do, then we’ll go to Sydney.”

Attainment was a runaway winner at Canberra last month and then was a beaten favourite when fifth in a Highway Handicap at Randwick last start.

“At his last run in Sydney, we either wanted to go right forward or right back. He jumped and sat outside the leader and got hammered on both his inside and outside,” Smart said.

“We want to either go forward and run them off their feet, or go back and balance up.”

Decisive Moment has drawn wide in the Noelsautoparts.com.au Class One Handicap (1000m) and is ready to produce his best.

“He’s third up from a spell with blinkers on for the first time this prep so he’s wound up and ready to go,” Smart said.

Smart hopes at least one of the three can lob.

“I’m happy with all three, I’m going in with three live chances,” he said.