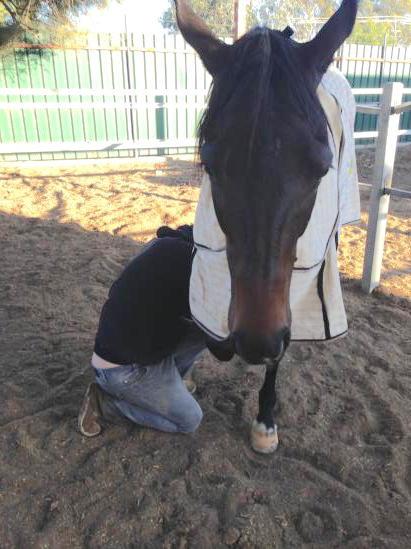 Wagga Wagga trainer Todd Smart will have his first crack at a city race when he takes Attainment to Rosehill Gardens on Saturday for the $40,000 TAB Highway Handicap (1400m).

The 33-year-old has only been training for 18 months and bought Attainment at the tried sales for $15,000.

He’d raced eight times before and Smart has sent him to the races on a further 10 occasions for 10 placings including his breakthrough win last start at Wodonga.

Smart said it was more a relief to finally get him to win after finishing second four times and third seven times.

“It was a good feeling,” Smart said. “I know he only won a maiden at Wodonga but he’s jumping out of his skin and acting like he won a race in town.

“I think he’s more confident and this is a good chance to go to the city.”

Smart said Attainment has totally overcome niggling foot injuries which were hampering him and not allowing the horse to fully stretch out.

While he’s raced well over 1800 metres, Smart said he’d like to keep him fresh for shorter trips and feels Saturday’s conditions will suit.

“He was always very consistent but now I think I’ve finally got him right and he’s over his foot issues and running freely now,” he said.

Smart’s father, Bob, is a first-time owner and is enjoying his time in racing.

“I was just good to get a winner for dad. He’s got a 20 per cent share in him and he’ll be at Rosehill on Saturday,” Smart said.

Final fields for Saturday’s Rosehill meeting, which also features the Octagonal Handicap (1400m), will be available after 9am on Wednesday.

To View Attainment’s last start win at Wodonga click on the link below.