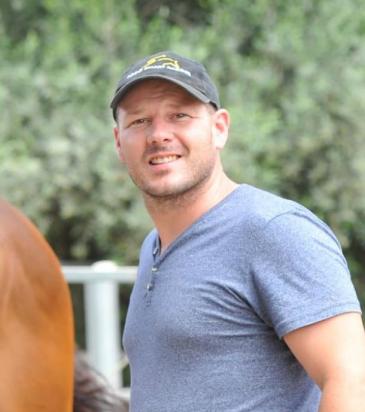 SOUTHERN District could have an unusually strong presence in Saturday’s $40,000 TAB Highway Handicap (1400m) at Rosehill.

Last start winners Attainment and Kingia plus the ultra-consistent Canny Henry are all set to try their luck in the weekly country showpiece at city level.

The TAB Highway series has been running since October and Southern District trainers are yet to strike a blow in the event, albeit from limited starters.

Attainment, a four-year-old Commands gelding, had finished in the placings at 10 of his 12 starts for Smart before the breakthrough win at Wodonga.

Smart wants to try his luck with Attainment while he is on the up.

“He won his maiden at Wodonga and now he’s stepping up to a class two highway race so I’m throwing him in the deep end a bit but I would rather send the horse there third up, while he’s on the up, than fifth or sixth up and looking for a spell.

“It’s pretty much a throw at the stumps but we will find out whether he’s up to it, or he needs to come back here for his next start.”

Winona Costin takes the ride and Smart is confident the 1400 metres will suit the gelding perfectly. He is also confident he has Attainment’s troublesome feet in the best condition they have been in some time.

“He’s had a lot of feet issues and he wasn’t letting down right because of it,” Smart said.

“They are still not 100 per cent, they are a work in progress but they are the best they have been.

Canny Henry will give Wantabadgery trainer Rodger Waters his first city runner in years when he lines up in the Rosehill event.

Canny Henry is a maiden galloper but is set to step up to the class two highway race.

Three kilogram-claiming apprentice James Innes Jnr takes the ride and will help Canny Henry get in with just 51kg.

Wagga jockey Brad Clark was set for his first Saturday metropolitan ride in 15 years on Kingia but trainer Peter Morgan is likely to scratch the mare due to the heavy track.

The mare struggles on rain-affected tracks.