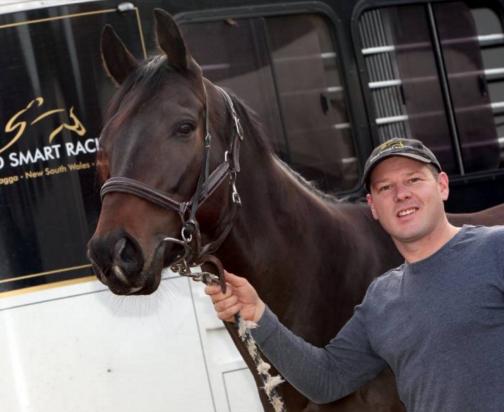 WAGGA horseman Todd Smart could become the first Southern District trainer to claim a TAB Highway Handicap if Attainment can live up to his favouritism at Randwick on Saturday.

Attainment is the $3.50 favourite with TAB for the $40,000 Class Two Highway Handicap (1400m) as he looks to back up an impressive last-start victory at Canberra.

It is exciting times for Smart as he looks to land his maiden metropolitan victory just two and a half years after taking out his trainer’s licence.

“My dad is in this horse, Attainment is one of the first horses he’s ever raced which is great. He and all the owners are Gundagai boys and they can’t wait. They’re all going down on Saturday.”

The son of Commands started his career with Darley before being purchased by Smart and connections.

He was a perennial bridesmaid initially with nine minor placings at his first 11 starts for Smart but this preparation he has turned the corner.

Attainment broke through for his maiden win at Wodonga, then went to Rosehill and ran a good second in a Highway Handicap (1200m).

Last start, he powered away for a six and a half length victory at Canberra to give Smart plenty of confidence to have another crack at a Highway Handicap.

“I am confident, going off that last run I am,” Smart said.

“He’s getting better and better this horse. He’s full of confidence.

“It’s maturity as well, he’s starting to mature. He’s got ability this horse, he just needed time. Darley can’t give them time but we have all the time in the world here.”

Sydney-based apprentice Andrew Adkins will take the ride on Attainment, from barrier 10. His three kilogram claim will help Attainment only carry 56kg.

Smart believes the 1400m trip will be spot on.

“He ran second behind King’s Officer at Rosehill over 1400 and the form out of that race has been really good.

“A really heavy track will help too.”

The long-range goal for Attainment is a crack at Smart’s hometown feature, the Snake Gully Cup, in November.

The race is scheduled for 1.15pm on Saturday.