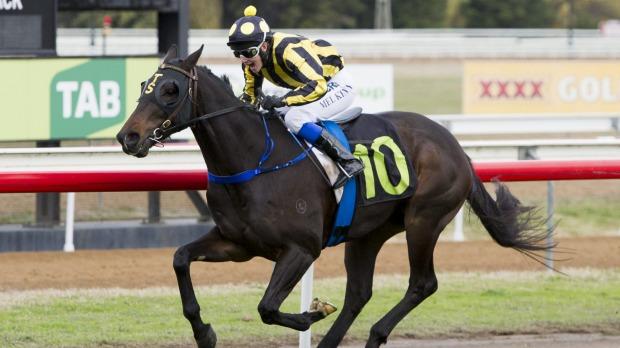 Trainer Todd Smart will head back to Sydney with Attainment after its dominant five-length win yesterday in the 1300m handicap.

The four-year-old gelding with jockey Melinda Kinny on board jumped well and led the field early before pulling clear after the turn on the heavy 10 rated track.

“I think we’ll go have a crack in town [Sydney] now just because he can handle these conditions, so that’s where we’ll go,” said Smart.

Attainment only won its maiden last month and was carrying four-and-a-half kilograms less weight than the fancied favourite Ziganui, but the trainer said an injury had been preventing him from reaching full potential.

“This horse has had a few problems with his feet,” he said. “We didn’t actually know he had feet problems for quite some time and this preparation we’ve got those fixed and he is in for bigger and better things I think.”

Smart said this was a big step up from previous outings, and despite setting the pace out in front he isn’t restricted to having to set the tempo and is looking towards running in the big race in Gundagai this year.

“A race we would really like to win is the Snake Gully Cup because Gundagai connections own the horse.”