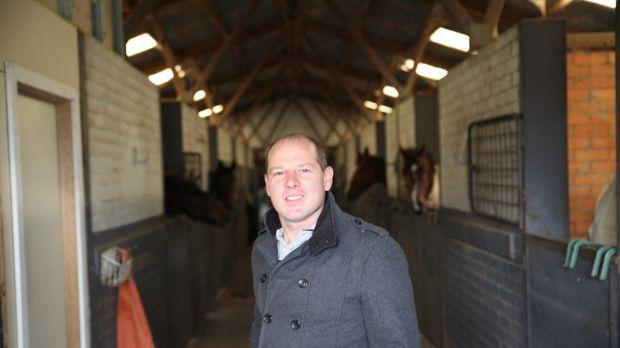 Canberra racing has a new operation setting up camp.

Previously based in Wagga Wagga, Todd Smart has polished the cobwebs off his new stable at Thoroughbred Park and has rehomed five of his fleet including his Commands-sired gelding, Attainment.

Despite spending much of his formative training years in Melbourne, Smart said the facilities, location and recent performances of Canberra horses make the capital the right option.

Smart said trainers such as Nick Olive and Matt Dale have proven you can win group 1 races from the territory, and he is confident the move will allow him to further his career.

“The facilities are second to none and I think the move will help me take my horses to another level.”

He began his career more than a decade ago working alongside Matthew Dale at John O’Shea’s stable. He then served as an assistant trainer to Colin Little at Caulfield before being Robert Hickmott’s foreman during arguably Lloyd Williams’ most decorated period.

“It was the year we had six runners in the Melbourne Cup and we actually won with Faulkner in the Caulfield Cup,” Smart said.

“There is no stone unturned with them, money is not an issue. They have the world’s best stayers and just the attention to detail was what I like and has helped me get the best out of my horses.

“And Canberra is a step in the direction … because it’s got the walkers, it’s got the swimming pool, it’s got the all-purpose track and all the things that I need going forward with my career.”