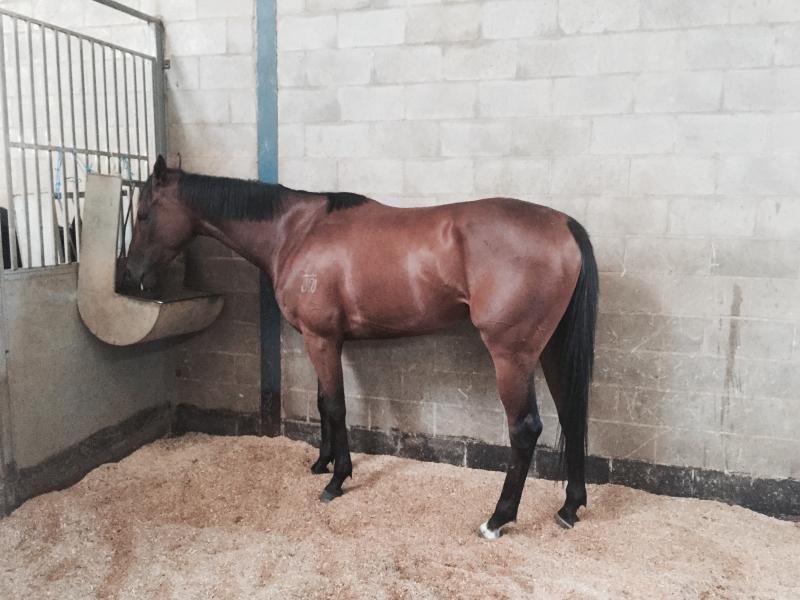 Improving three-year-old Zardabba heads to Canberra on Friday with an aim to remove a tag that plagues many horses early on in the career, a maiden.

However, the son by Zariz put the writing on the wall last start at Parkes where he ended up three-wide no cover, yet still showed toughness and grit to the wire. It was a run that enthused his trainer Todd Smart.

“The plan was to get back with cover and get busy late, but he jumped so well he ended being trapped three-wide out of the first corner. “

“He seemed to travel ok despite being caught wide without cover, I was really impressed with his last furlong.”

“It was a positive sign that will he showed to attack the line.”

Zardabba has been a victim like many on his racing circuit with a host of meetings getting abandoned. This has left the $9,000 Inglis Classic Summer Book yearling graduate from Browness Stud purchased by former trainer & managing owner Mick Murphy, 3 1/2 weeks between runs.

“It’s not the end of the world when we lose meetings & we have a runner up to the mark to run a bold race.”

“You just have to know how to tinker things here and there.”

The track tomorrow at Canberra is currently rated a Heavy 10 and while this may worry a few, these are the ideal condition’s for Zardabba.

“He is certainly versatile enough to race on dry & wet but I think his best efforts have been with plenty of sting in the track.”

“The broodmare Dabba Dancer won her maiden on a slow track & also won at Moonee Valley in the slush.”

Zardabba has certainly been a work in progress for Todd Smart Racing with the Bay gelding getting beaten 30L on debut. His trial at Goulburn before that wasn’t great either getting beaten 13L.

“He certainly didn’t light up the sky with his debut & trial early on, but the blinkers went straight on & they have really switched this horse on.”

“He ran a huge race his next start finishing just behind the improving Attainment.”

“The owners certainly have been patient with him & it looked worrying early on, but they say there is always a race for a horse, let’s hope that’s at Canberra.”

Zardabba will run in race 6 at 2:50pm in a set weights maiden over 1400-metres. He has drawn barrier (5) with Simon Miller booked to take the ride.

Crownbet has already framed a market and has the three-year-old at the top of the market as the $2.70 favoruite.